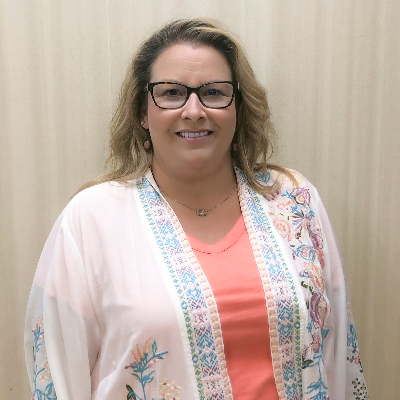 Dr. Pagan was born & raised in the Houston area and graduated from Pearland High School as a National Merit Hispanic Semi-Finalist. In 1991, she graduated from Texas A& M University with a BA in Biology & minor in Chemistry. She went on to graduate from the University of Houston College of Optometry in 2000. When she began Optometry school her sons were 3 years old and 8 months old.

In 2001, she moved to Central Texas and bought a private practice before moving to the Temple area from 203-2014, where she was a member of the Junior League of Bell County. Both of her sons graduated from Temple High School.

From 2004-2014, she Worked at Fort Hood in the Refractive Surgery department where we performed LASIK, PRK and ICL surgeries on the active duty soldiers and also saw dependents for eye exams as time permitted. In 2015 she practiced in Fort Worth in a retail setting before becoming an Optometrist at SharpeVision Modern LASIK from 2016-2018. She found my way back to Temple in June of 2018 and began practicing at TSO Temple.

She has 2 grown sons (26 & 23). One lives in Temple with his wife Krista & their 3 sons (her grandbabies). Her youngest son lives in Chicago.

She enjoys spending time with her family and friends, loves to travel even if only for a short weekend getaway. She also enjoys playing pool in a pool league.